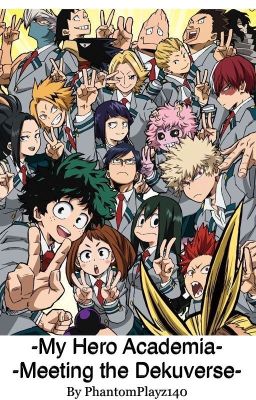 My Hero Academia: Meeting the Dekuverse

2,349 likes / 261,934 reads
Read Stories
Class 1-A was "kidnapped" and was put in a "paper-made" theater. I, Cookie, had sent them to meet the Dekuverses, but there are even more surprises along the way! Be sure to read the Table of Context and Info below before reading this!

✏️-INFO (NEED TO BE READED)-✏️
None of the characters or the AUs are mine! Some will be my version, I think, idk... ANYWAYS, credit to the original creators and the creators who made the AUs! UwU

Not almost on every single chapter/part, but Deku (Izuku M) has to be strapped onto a chair in order for the Dekuverses to appear. He watches them invisibly. He may not act like himself for about a few seconds later on! (Bakugo thing)

⚠️-Disclaimers/Warnings!-⚠️
Some characters may not act like the original
No pro heroes (Aizawa is here though, just not in the beginning)
Autocorrects (I reread the book, and I saw multiple autocorrects)
Improper Grammer/ Spelling Mistakes/ Confusing Lines (Often used)
Cheesy (?)
Not just meeting the Dekuverses, but also reacting to other stuff
Ships you might not like (Tododeku is used not too often)
Most of the characters don't speak often (Mineta is a purpose, others... R.I.P)
Some Deku AU chapters/parts are short, due to certain things
Cussing/Swear Words
LGBTQ+ (we have a TEENY BIT of gay in here, to those who are homos)

➕-Added-➕
Myself (Ahem! Isn't that what these kind of fan fictions (?) do?)
BNHA meme pics (less/exact 20 pics each chapter/part)
Breaktime (meaning a break from the theater)
Fandoms meme pics (2-3 pics each fandom)
Base 64 (Decode it, but for lazy people, it'll be translated below code message)
Among Us game chapters! (Released Wed Feb 10, 2021)

📊 -BEST Rankings- 📊
#1 in late
#1 in late updates
#1 in base64
#1 in meeting
#2 in fandoms
#6 in cheesy
#7 in dekuverses
#10 in craziness
Tags: #amongus #anime #base64 #bnha #bokunoheroacademia #cheesy #craziness #dekuverse #drama #fandoms #izukumidoriya #late #lateupdates #meeting #mha #myheroacademia #phantomplayz140 #random #reacting #texttospeech #tododeku
Latest Chapter
List of Chapter
May be you like? 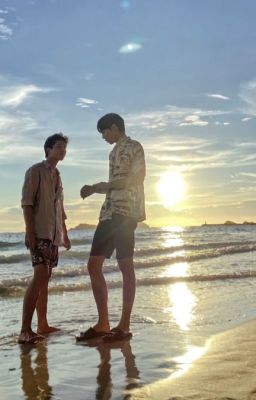 Ayan didn't come to Supphalo, finishing his high school in Parrot instead. He met Akk and the gang in the university.Pairing: Ayan X Akk Side pairing: Khan X Thua, Mes X Akk… 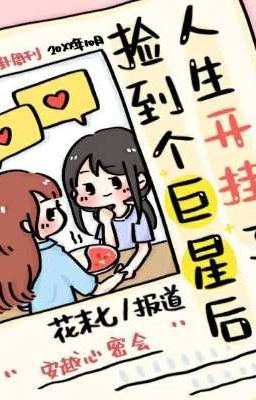 After picking up a superstar, life is on the line

1v1, Gentle and black under the age of reading mind Gong X lives in a dilapidated old building and works hard to make money to support his family inner thoughts.In the last life, relying on this ability, she helped her loved one remove all obstacles, and made her become popular all the way from an 18th-line starlet to a top traffic floret.It wasn't until she was dying that she knew that the person she had always kept in her heart didn't love her at all, and even secretly with others behind her back.On the one hand, he wanted to rely on her ability to make his way to the top, but on the other hand, he always regarded her as a monster in his heart.When she opened her eyes again, she found herself lying in the garbage dump, and was picked up by a woman named Su Wan'er.After taking An Yuexin home, Su Wan'er's life seemed to be on the brink.Small theater: #An Yuexin was photographed being very intimate with a woman in a hot pot restaurant#Fans: "Our family only wants to start a career, so don't cue."Reporter: "Rumors say that the girl in the photo is pestering You, is it true?"An Yuexin: "Fake, I was the one who stalked her."Content label: Entertainment industry superpower rebirth sweet article Search keywords: Protagonist: An Yuexin, Su Waner ┃ Supporting role: Pre-received article, the next edition will be "Death and Her Taoist Girlfriend" ┃ Others: One-sentence introduction in the full text of the pre-received article: I can hear what you say. Conception: rebirth after catastrophe, learn to grow in adversity, never give up.Title: 捡到个巨星后人生开挂了 | After picking up a superstar, life is on the lineAuthor: 花末七NOT MINECR: AUTHORMTL… 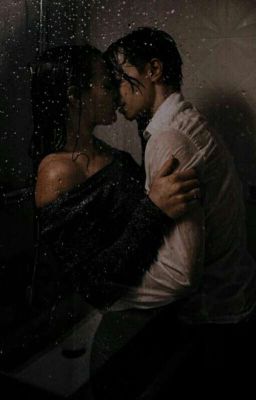 it was all magical.....they were already partners.....they were meant to be together....in all the lives they existed.....this time it was chaos its not how fate had it planned out.... After loosing her parents to a car crash when she was small Amanda was sent to an orphanage with her mothers book which was said to be important to their generation..... at the orphanage she learnt on how to survive by herself.... she learnt to depend on herself for everyday things and trust her instings well she was very much clueless that her soulmate existed somewhere and they'll meet up eventually after leaving the orphanage at 17 she meets a kind woman who goes by the name Mrs G gave her a house near the church close by.... well their fate seems to be playing with her because it took 3 years for her to meet her soulmate 4 days before Christmaswhat happens when these two share a kiss on Christmas eveand how will they react finding out that the book was way special than her mom had portrayed ..... what's hidden??? is her mom some godmother??? was her dad Santa himself??? what exactly happened in the past???well finding out that they have a lot of things to conquer surely is going to be hell for them… 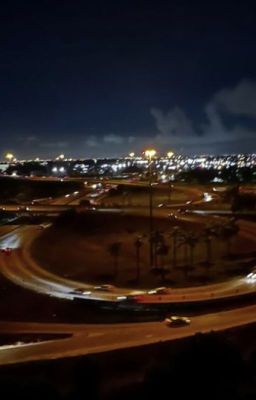 What No One Hears

A collection of things I've written and would love to hear some opinions on it.Disclaimer:mentions of abuse/assault… 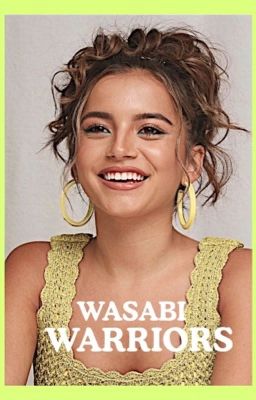 Abigail Nicole Fernandez Lived in Seaford California her whole life, She's always felt like an outsider never really did know where she fits in. But It's 9th grade and Abigail & her friends decided to Join The Bobby Wasabi Dojo even though their all not the greatest minus her of course but, things change when the new kid Jack reluctantly joins the dojo and meets his new friends.☯︎︎ "𝚆𝚎 𝚂𝚠𝚎𝚊𝚛 𝙱𝚢 𝚃𝚑𝚎 𝙳𝚛𝚊𝚐𝚘𝚗'𝚜 𝙴𝚢𝚎 𝚃𝚘 𝙱𝚎 𝙻𝚘𝚢𝚊𝚕 𝙰𝚗𝚍 𝙷𝚘𝚗𝚎𝚜𝚝 𝙰𝚗𝚍 𝙽𝚎𝚟𝚎𝚛 𝚂𝚊𝚢 𝙳𝚒𝚎 𝚆𝚊𝚜𝚊𝚋𝚒" ☯︎︎Kickin'It X OCJerry X OCSeasons 1-4Slow Updates All Rights Go To Jim O'Doherty & Disney I do not own any of the Kickin'It Characters & Storylines I only own Abigail and my original storylines… 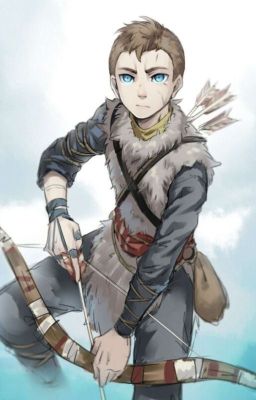 Hello! I'm writing my first book on this account but I have a little experience with writing so I don't think it will be cringe? That's really your decision..anywayThis book of one shots has the 'GOWR' Atreus, which means he's 14, I won't go to overboard and break the rules...but if I step out of line..let me know! I promise I'll make it more appropriate for his age! But y'know until then I'ma do what I gotta do.I have not watched the 'GOW' playthrough yet so correct me if I'm wrong in some parts!REQUESTS OPEN!!… Brylie, Pedri, and Pablo have been friends ever since they were little, all three of them playing for FC Barcelona. All three becoming professional futbol players, living the dream but also stressful and exposed lives. Struggling to find time for each other they start to drift until the 2022 World Cup.… Sand Sculpture Gong (Yan Jing Ze) and Shou (Su Moxiu) always fall in love at first sight. The two transmigrate together and love each other. Protagonist: Yan Jingze, Su MoxiuSequel of beloved husband but can be read without reading the first book Because the author simply wants to write a variety of stories, so each story can be read separately. The stories that should be written are:[General took the initiative to be robbed] (ongoing)[Study Domineering Reports Everyday][President forcibly seizes and arrogantly][Name guide touch porcelain flow][Patriarch Lai and disciple grandson][Teddy is fearless][Uncle doesn't want to fight][The prince gives up treatment]One-sentence introduction: Changing the world for honeymoon-Yan Jing is doing tasks, while falling in love with a lover who has lost his memory, but every time he falls in love with him at first sight, and completes his work. Honeymoon. This is a quick-pass story of a pair of lovers in different time and space, knowing and loving each other. Although the story is routine, there are always some differences, and the protagonist's actions are always unexpected and make people laugh. There is no abuse in the whole story, and each story ends satisfactorily. It is a cool article that can be easily read.…